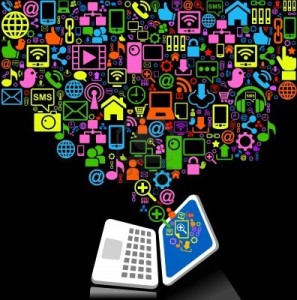 THE FINANCIAL TIMES & THE FUTURE OF JOURNALISM [VIA THE NEW YORKER]

In a generally depressing decade for newspapers, the Financial Times, a global business publication based in London, has provided something of a bright spot. In emphasizing digital distribution early on and setting up a metered paywall, which allowed readers to access a limited number of posts each month before they had to purchase a (pricey) subscription, the F.T. pioneered a business model that was widely adopted elsewhere, including at this magazine. Today, the F.T. has almost three quarters of a million paying readers, more than at any point in its hundred-and-twenty-seven-year history. Roughly two thirds of those readers are digital subscribers, who pay high prices: as much as four hundred and eighty dollars a year.

This year, two big things have happened at the F.T. In March, it abandoned its metered paywall and switched to a new business model based on offering readers cheap trial subscriptions. And, in July, Pearson PLC, the corporate owner of the F.T., sold it to Nikkei, a Japanese media company, for $1.3 billion. Since the sale, the paper hasn’t said much about its plans for the future. Recently, however, I interviewed John Ridding, the F.T.’s chief executive, in New York, and I began by asking him about the purchase by Nikkei, which he helped to negotiate.

When the news was first reported, both the buyer and the price raised eyebrows. Although Nikkei is a dominant presence in Japan, where it sells more than 2.5 million newspapers a day, the company hadn’t previously expressed much interest in expanding beyond Asia. Moreover, in outbidding Axel Springer, a German media company, Nikkei paid almost forty times the thirty-seven million dollars in operating earnings that the F.T. generated in 2014. In a post at Nieman Journalism Lab, the news analyst Ken Doctor noted that the price, relative to earnings, is “about 10 times what an average U.S. daily, large or small, would sell for today.” Why was Nikkei so eager to get its hands on the F.T.?  Read more at The New Yorker.com.

Let’s talk about getting you coverage in the Financial Times and other media outlets as well as developing a digital communications campaign that aligns with the future of communications.  Richard@VirgilioMedia.com

“You are perfectly on message and is the exact type of content that is most valuable!”